I’ve been sitting on some pretty exciting news for a while, and I’m pleased that I’m able to share it with you now. I have been selected to be a featured athlete in IRONMAN’s upcoming television show, “IRONMAN: Quest for Kona“, airing this Fall on NBC or one of it’s affiliates.

The show follows 10 athletes, one per 30 minute episode, as they train for an attempt to qualify for the holy grail of triathlon: The Ironman World Championship in Kona, Hawaii. Ironman’s purpose was to seek out charismatic and energetic individuals with a story to tell. It honors me beyond words that my family and I were selected to share our journey.

After all, this is not just my journey. This journey is one in which my entire family has been involved. They have been vital support, participants, cheerleaders, motivators, teachers, and coaches. Without them, I would have never had the courage to even attempt my first Ironman. This fit and happy Ironman lifestyle is not just mine, it is part of my whole family. 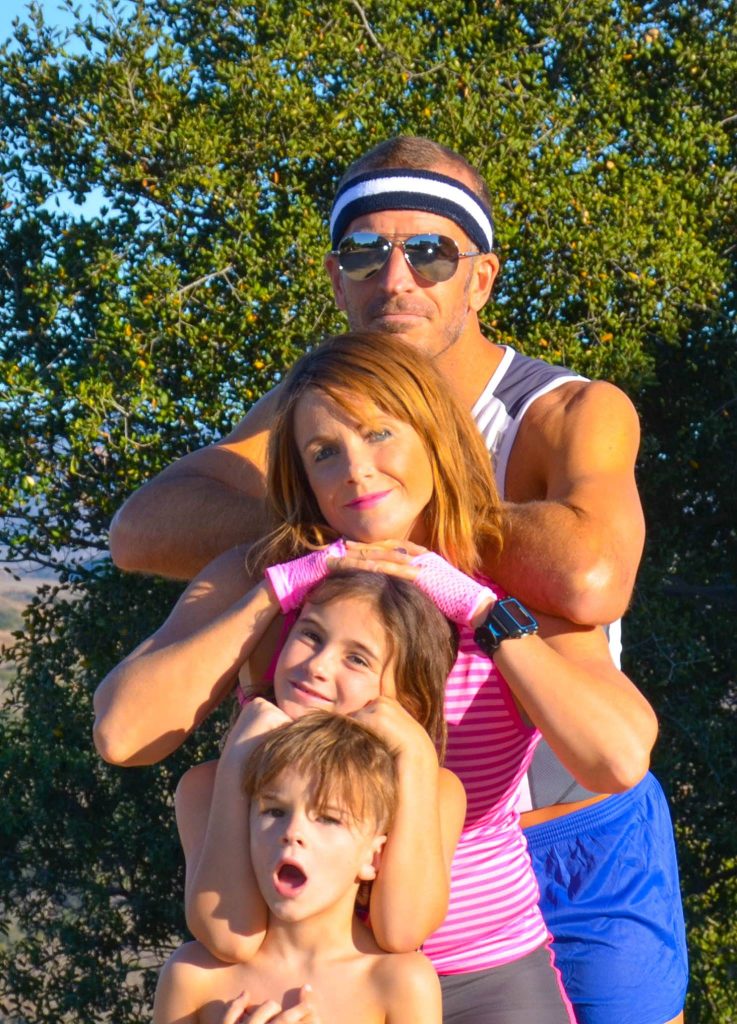 The journey began before I even got sober, about a decade earlier than my sobriety date. During an epic couch-surfing session, I had happened upon the Ironman World Championship broadcast on NBC.

I was totally inspired by the seemingly “regular” people who were accomplishing such an amazing feat, but I immediately resigned myself to my fears and insecurities, and definitively told myself that I could never do something like that. I was not one of “those people”.

Instead, I was an obsessive alcoholic (though I wasn’t ready to admit it), full of anxiety, fear, and resentment. The only marathons in which I would be competing were marathon beer drinking sessions.

(You can read more about my story here.)

About a year into my sobriety, my mental attitude was dramatically transformed. Through sobriety, I recognized that anything is possible. For some reason, I remembered back on the day that I told myself that I couldn’t do an Ironman, and I asked myself a vital question: “Why not?”

I immersed myself with obsessive focus into everything Ironman; watched all the NBC broadcasts, studied all of the greats (Mark Allen, Paula Newby-Fraser, etc.), and began down this path in the only way I knew how – one step at a time.

In 2014, with 2 years sobriety, one year free from smoking, 40 lbs lighter, and a million lbs more joyful, I finished my first Ironman and my family’s quest for Kona was born.

This past week I had one of the thrills of my life. The great Paula Newby-Fraser called me, in person, to tell me that I was a finalist for the “Quest for Kona” program. Over the course of my growth in this sport, I had marveled over her and  the other greats as they won multiple Ironman titles on the magical island and the amazing race where I dreamed of competing. And today she was calling me to tell me that Ironman would be following me and my family’s journey to qualify for Kona.

Yes, it’s true. Anything is possible.

I am so humbled and honored to be a part of this, and the messages of support have been overwhelming. I have set some lofty goals which I have laid out for the world to hear in my submission video below. Not only will I attempt to qualify for Kona, I am shooting for a sub-9 Ironman time (so long as the course remains unaltered due to unforeseen circumstances).

More importantly, whether I succeed or fail in any of this, my primary goal is to send a message of hope to those who may believe all hope is lost. Through Ironman I’ve learned that anything is possible. This saves my life every day. There is freedom from anxiety, from addiction, and depression. If just a little bit of light is let in, the darkness will begin to fade.

Thanks for taking the time to follow my family’s journey!

The Winning Habits of Elite Triathletes

Triathlon on the Cheap: 7 Ways to Enjoy Triathlon Without Breaking the Bank