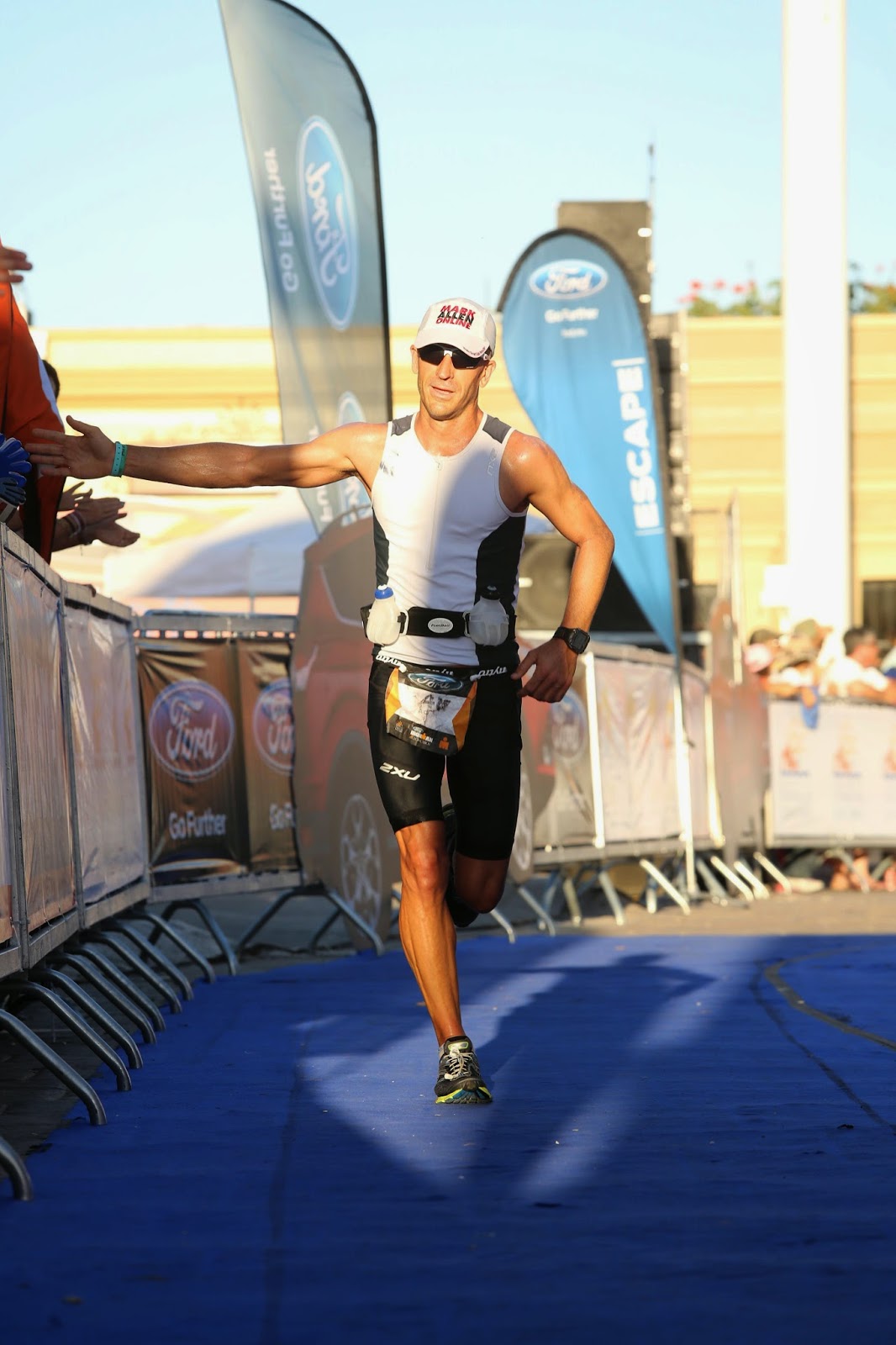 After having some time to really reflect on Ironman Los Cabos, and how the experience shaped out, I wanted to lay out some of the things I learned along the way which I found important, and can be applied to any passion project a person may seek to accomplish. In a nutshell, completing this race was absolutely glorious. The finish chute was a blur of afternoon sunlight and mental fog, but it was absolutely glorious. Will I do it again? Absolutely. What did I learn? Read below to find out.

A year ago, when I waved the forefinger of my one good arm in the air and proclaimed confidently to the heavens that “I would complete an Ironman”, a year was a long way off. So far off in fact, that I needn’t let March 30, 2014 worry me at all. It was a lifetime away, and certainly enough time to be adequately prepared to survive a 2.4 mile swim, 112 mile bike, and 26 mile run. My daughter would be in Kindergarten by then, my son with a healthy vocabulary. Here we are a month away, with my daughter in Kindergarten, my son already talking back to Mom & Dad. About a month away from the race, and I’ll admit that I’m terrified. It turns out that regardless of how well prepared I may be, I’m are still venturing into unknown territory. And most fear is rooted in the unknown.

Within the last year, I have fully healed from an injured shoulder, cleaned up unhealthy habits and unhealthy thinking. I have surpassed my goals with training and racing, and believe I am well capable of completing the Ironman in 17 hours. In fact, I have been close to the front of the pack in most of the races I have run. While I’m not the tip of the spear, so to speak, I am closer to being the string that ties the pointy end of the spear to the stick that carries it. I could not be more prepared than I am right now. But the feeling of fear still grinds at the pit of my stomach.

So what exactly am I afraid of? Well, to make it easy, here’s a fun little top ten list of things which may make a triathlete fearful before their first Ironman, some far fetched, others… fetched?

I will say that I do have some of these fears to varying extents, and even some others not listed, rational and irrational. But look at all of these fears. What do they have in common? They are all things that are out of my control. Funny how fear grips at us when we don’t have the ability to pull the strings. It is an interesting sport, triathlon, which people subject themselves to, where there are so many variables which can affect a result which is out of the athlete’s control. It requires a lot of humility, of which I have done my best to try to learn and practice over the past couple years.

When I look at it that way, and when I diminish my fears by writing them down, seeing how silly they actually are, and recognizing that they are out of my control, it makes it easier to face them head on. That’s not to say that I won’t still be completely terrified a month from now, standing with 1499 other people covered in neoprene, waiting for a horn to sound which will begin an intense day of suffering, head games, loss of bodily functions, and diva-esque behavior. But it does mean that I can do my best to be prepared, stop worrying about what I can’t control, and take the race as I now try to take my life; moment by moment, challenge by challenge… and hope to God that I just finish on my feet, with a smile on my face.
Like this post? Share it with your friends!
Share List

In case you’re wondering, that is my first official bib number for a triathlon. When I read the email from the officials at the Carlsbad Triathlon, I looked for any radical significance to the number aside from the obvious sequential nature, but of course I could find none. The only result I could find was that it happens to be the area code to the Cayman Islands, so I imagine that number is used pretty heavily during crackdowns by the Securities and Exchange Commission. There is also a Biblical reference, Lamentations 3:45 – “You have made us scum and refuse among the nations”. Nice.

I guess the best significance I can draw from the number 345 is that it happens to represent the place in order where my name alphabetically falls on the participant list for the Carlsbad Triathlon. I think that’s a pretty worthwhile significance. Why? Because I earned my spot at this premier race. Yes, technically anyone can register for a fee, but I worked hard, and this race represents a celebration for the work I put in to improving myself. I look forward to wearing 345, and I will own it.

Preparation for this race couldn’t be going any better in my opinion. Despite the obvious speed bumps (in the form of bike and knee crushing automobiles), my swim is getting pretty strong, my bike is pretty fast, and my run feels good. The doctor has given me an all clear, officially diagnosing the injury as a sprained MCL, which should heal fully in 8 weeks.

I look at this next Sunday, July 14th, as another milestone to cross before going to Cabo to compete in an Ironman. Over a year and a half ago I was unhealthy, depressed, and dependent on alcohol to ease my pain and boredom with life. Since then I have crossed many milestones – becoming sober, improving my perspective, finding my spiritual path, repairing and healing from injuries, learning to eat clean and healthy, improving my physical condition, becoming competent at the bike and the swim, the list goes on – and along that path I have conquered many fears. It is amazing how much fear prevents us from doing things from which we can thrive. But I have committed to charge through them and have found grace in the process. My one true hope is that others begin to believe they can too.

This weekend I approach the milestone of competing in my first sprint distance triathlon. While that may not be much, it is a step in the direction of greater things.

Terrors of the Deep

When I was in high school, our marine ecology class took a field trip halfway down the Baja peninsula on the Sea of Cortez to an isolated bay called Bahia de las Animas. During the trip, a number of the students from the swim team, showing much more backbone than I, dared to swim around the two small islets located about a half mile from our shore camp. Surely, I thought, the population of hungry beasts would be dense between the shore and the two islands, waiting for some dumb gringo to flail aimlessly into their element. Whether it be a stingray hitting them on their first step into the sea, a school of hammerheads, or perhaps they would meet their demise from the wayward fluke of a fin whale. Regardless, the outcome was the same, and it wasn’t pretty. So I didn’t want any part of it.

“You only see what you know.” 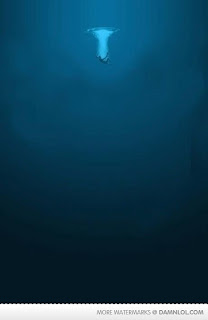 Wise words from a wise biology teacher, Marv Sherrill. Of course, what I knew at that time was what I learned from TV and movies, such as Jaws; that blood thirsty man eaters were hunting humans and attacking at every opportunity. So naturally that’s what I saw as reality. That’s also part of my self centered nature, that somehow all sea creatures would be interested in ME, when in reality they can probably take me or leave me, as long as I don’t harsh their mellow. What I learned from our Baja trip is that a little knowledge about our environment goes a long way in shaping our reality.

I have still hung onto some of those fears of swimming in the open water since that time. However, it is less about the creatures, and more about the nature of the ocean and my own self confidence that straddles the line between respect and fear. Most of that fear stems from the fact that I’ve never actually swam in the open water. Sure, I’ve surfed since I was very young, I’ve braved shore break for hours on end, and I even scuba dive on occasion with no problem. But there at least I have the safety of a surfboard, the shore, or a buoyancy control device close by should something go wrong. But a half mile off shore with nothing but my swim trunks? That’s where the fear of panic sets in. “What if I can’t swim back? What if I get too tired? What if I’m in over my head?”

Being that I would have to get over these concerns in very short order, I decided to meet up with a group of open water swimmers this past weekend at Corona Del Mar beach for an open water swim around a number of buoys. I was quite intimidated at first. The fears listed above came to mind, not so much that I would drown, but that I would make a fool out of myself eventually having to be dragged back to shore defeated and humiliated. But these fears are rooted in unknowns. While we only see what we know, we also tend to fear what we don’t know. One of the main purposes of this experience is to overcome my fears and experience more out of life, lest I miss out on something that could have been.

Contrary to my fears, the group was very welcoming, and I was able to keep up with them, logging about a mile and a half. The wetsuit I wore easily kept me buoyant, and nary a man eater in sight. This was huge in building my self confidence, and I feel like one of my last hurdles has been crossed. I also feel that many fears are exaggerated, and they can be overcome by taking the next logical step to building respect and understanding for what is feared. In this case it was getting in the water with others who had the experience.

I find it fitting that I am conquering my fear of open water swimming while preparing for a 2.4 mile swim in the Sea of Cortez, the same sea I once looked upon with trepidation back in high school. Now I look upon it with respect, eagerness, and excitement.